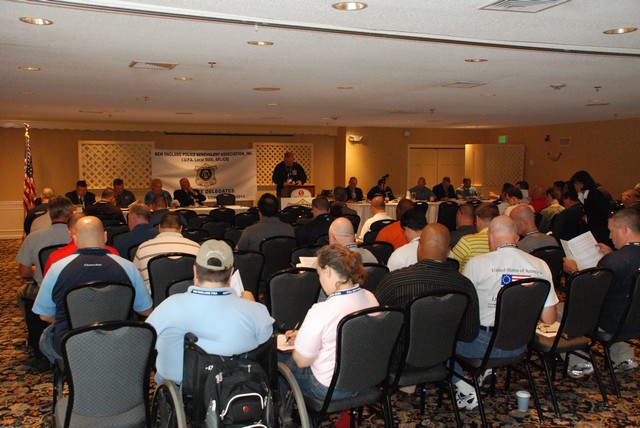 STATE HOUSE, BOSTON, MARCH 15, 2016….Four days after Massachusetts hospital industry officials said legalizing marijuana for general adult use is the “wrong prescription,” the state’s sheriffs declared they’re against the proposed law too, and in the process drew a sharp rebuke from the pro-marijuana campaign for making “regressive, 1930s-era” arguments.

The proposed ballot law would authorize individuals 21 and over to possess up to one ounce of marijuana outside of their home and up to ten ounces of marijuana in their residences. It calls for taxes on marijuana sales and creates a Cannabis Control Commission to handle regulation and licensing. On track for a vote in November, the law’s effective date is Dec. 15.

The Massachusetts Hospital Association (MHA) Board on March 10 voted unanimously to oppose the ballot question, citing health and safety concerns “including the dangers associated with commercialization of the drug and greater youth accessibility and usage.”

“Clinicians and healthcare leaders from around the state have a clear message – this ballot question is the wrong prescription for Massachusetts. Based on the clear evidence and concern for our patients and our communities, the hospital answer to whether recreational marijuana use should be legalized in Massachusetts is a resounding ‘no,'” MHA President and CEO Lynn Nicholas said in a statement.

The sheriffs cited reports from the Journal of Neuroscience and the World Health Organization claiming potential long-term negative effects on cognitive and motor skills associated with prolonged use of marijuana.

“As a Commonwealth, we need not take actions that could increase availability to, and use of drugs among, young people,” Tompkins said. “If this referendum were to pass, Massachusetts would surely see an increase in the amount of Marijuana use and addiction.”

The campaign behind the marijuana proposal on Monday launched a St. Patrick’s Day-themed digital billboard in Boston’s Seaport District featuring a green beer, a glass of whiskey, and a marijuana leaf below the words, “Beer,” “Liquor,” and “Safer.”

The billboard ad will run through Sunday and the campaign noted its proximity to Sunday’s annual St. Patrick’s Day breakfast at the Boston Convention and Exhibition Center, always a big draw for politicians.

“Our goal is to make this year’s St. Patrick’s Day festivities as educational as they are enjoyable,” Campaign to Regulate Marijuana Like Alcohol Campaign Manager Will Luzier said in a statement. “While folks are celebrating with a pint of green beer or a glass of whiskey, we want them to think about the fact that marijuana is an objectively less harmful substance.

“Marijuana is less toxic than alcohol, it’s less addictive, and it’s far less likely to contribute to violent crimes and reckless behavior. It simply doesn’t make sense to have laws that allow the use of alcohol, yet punish adults who prefer a less harmful substance.”

Asked about the opposition from hospitals and sheriffs, legal marijuana campaign manager James Borghesani said, “We’re confident that Massachusetts voters will see through the regressive, 1930s-era arguments of these groups as they consider a new approach to a substance that is less toxic, less addictive and less dangerous than alcohol. By opposing our initiative these groups are implicitly endorsing a market that benefits gangs and cartels and guarantees unchecked access to young people.”

Said Tompkins, who is sheriff in Suffolk County, “While the Massachusetts Sheriff’s Association is sensitive to the many arguments made in favor of this initiative, and is equally sensitive to the complex criminal justice, economic and public health implications of current drug sentencing laws and practices, we cannot in good faith support a referendum that would inevitably destigmatize drug use and make it easier for young people to gain access to a controlled substance,” said Sheriff Tompkins.

Marijuana activists used the statewide ballot in 2008 and 2012 to pass state laws decriminalizing the possession of less than an ounce of marijuana and legalizing marijuana for medicinal purposes.

The bid to launch full-scale legalization among adults appears to be drawing more pushback both from elected officials and outside interest groups, many of which are involved in a multi-faceted effort to stem the tide of deaths and damage inflicted by addiction to opioids.

While active in policymaking associated with alcohol, Massachusetts lawmakers over the years have shied away from public policy decisions regarding marijuana and appear resigned this year to letting the issue again go to a statewide vote without interfering.

A Senate Committee on Marijuana examined issues associated with legalizing marijuana and released its findings last week in a 118-page report. While not taking a position for or against the ballot question, the committee outlined “serious concerns” in the areas of public health, public safety and the economy.

“The risk of harmful health consequences and addiction may be greater than in the past due to the high potency of many products on the market today,” the committee reported.

The committee also flagged concerns about the lack of standards for determining driver impairment from marijuana intoxication, concerns about providing banking services to marijuana businesses, and the need for the state to fulfill oversight roles that would not be handled by the federal government since marijuana is illegal under federal law.

“In the final analysis, the Committee members believe strongly that it would be prudent for Massachusetts to take a cautious approach to considering marijuana legalization, and continue to learn from the experience of other states,” the committee concluded.

According to the World Health Organization (WHO), cannabis is “by far the most widely cultivated, trafficked and abused illicit drug” and accounts for half of all drug seizures worldwide.

Cannabis impairs cognitive development, the “free recall of previously learned items,” according to WHO, and “impairs psychomotor performance in a wide variety of tasks, such as motor coordination, divided attention, and operative tasks of many types.”

The World Health Organization also noted studies have “demonstrated the therapeutic effects of cannabinoids for nausea and vomiting in the advanced stages of illnesses such as cancer and AIDS” and other therapeutic uses of cannabinoids are being demonstrated in studies involving the treatment of “asthma and glaucoma, as an antidepressant, appetite stimulant, anticonvulsant and anti-spasmodic.”