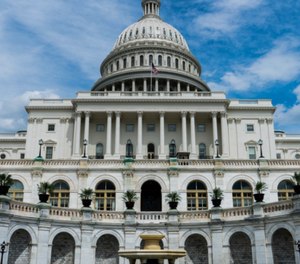 On Friday the House Executive Departments & Administration Committee conducted its public hearing on SB363 which would allow middle tier Group II employees to buy down years to get to the 20 year  Everyone gave solid testimony, there was no opposition and the committee will likely hold a work session in the next couple of weeks.

SB 292, requiring notice of arrest to a probation and parole officer.

On Wednesday, the House Criminal Justice and Public Safety Committee held a public hearing on SB292. This bill requires the superintendent of a county correctional facility to notify the probation and parole officer of a probationer or parolee who has been arrested and is being detained at such facility. The bill was introduced by Senator Reagan who had put forward the legislation on behalf of the Department of Corrections (DOC).   Bob Oxley of the DOC stated that the bill was requested so that notification would be received in a timely manner.  The 72hr clock starts at the time of arrest.  This change clearly states that the responsibility for notification is that of the  superintendent of the facility.  Committee members asked if it this change had been discussed with the Superintendents and how often notification hadn’t been given within the 72-hr. period.  Mr. Oxley replied that the superintendents were notified and that if no notification had been received within the 72 hrs., then the arrested person would be released.  No immediate action was taken by the committee. (Nancy Stiles)

On Friday, the House Criminal Justice and Public Safety Committee met for a public hearing on SB376-FN, which establishes a committee to study the creation of a board to review police incidents involving citizens affected by mental health issues.  Senator Bob Giuda was not available to introduce the legislation, however Representative Harriott-Gathright introduced it on his behalf. Holly Stevens, representing NAMI-NH provided testimony in support of the bill. She also suggested an amendment to add language to allow the money to be used for additional training. Ken Norton, former Executive Director of NAMI-NH also provided testimony in support of the legislation.  He indicated his experience in providing CIT training to law enforcement.  No further testimony was provided.

SB456-FN-A, establishing a law enforcement conduct review committee in the police standards and training council and making an appropriation therefor.

On Friday, the House Criminal Justice and Public Safety Committee met for a public hearing on SB456-FN-A, which establishes the law enforcement conduct review committee in the New Hampshire police standards and training council and makes an appropriation therefor.  Grant Bosse introduced the legislation on behalf of Senator Sharon Carson. He further indicated that the bill has passed the Senate unanimously and mirrors the House passed version. Matthew Broadhead from the Attorney General’s Office also provided testimony to the committee indicating the work of the LEACT Commission, noting the only difference between the House and Senate version is the definition of “administrative suspension” which was added in the Senate at the request of Senator Kahn.  Director John Scippa from NHPSTC also provided testimony in support of the legislation. No immediate action was taken.

SB294, relative to the release of a defendant pending trial.

On Wednesday, the House Criminal Justice and Public Safety Committee held a public hearing on SB294, which amends the statute governing bail and pre-trial release to include provisions for pre-trial detention for commission of certain offenses that would create a presumption that the defendant is a danger to the public.  The bill passed the Senate 20-4 and is now in the House.  Grant Bosse introduced it on behalf of Sen. Bradley.  He first mentioned that the Senate/Sen. Bradley remains committed to the 2018 bail reform principle that defendants who do not pose a danger to the public should not be detained simply because they cannot afford to pay.  However, in the case of a violent offender, or a defendant who has a history of failing to appear, he also believes that pre-trial release should not be automatically granted.  This creates a rebuttable presumption of danger that requires going before a judge specifically for 13 listed offenses.  Hollis Police Chief Joe Hoebeke representing the NH Association of Chiefs of Police and Manchester Police Captain Ken Loui agreed that these violent offenses should go before a judge, because, despite good intentions, there is still “room for improvement.”  Senior Assistant Attorney General Geoffrey Ward testified as “generally supportive” but focused primarily on several technical issues.  Ross Connolly from Americans for Prosperity-NH, Frank Knaack from the ACLU, and Ophelia Burnett from the American Friends Service Committee all spoke in opposition.  The main concerns seem to be the rebuttable presumption, including certain misdemeanor offenses, and a supposed lack of data to support the problem.  Richard Head from the Judicial Branch also testified that he estimated it could add 7.3 weeks of total hearing time along with associated costs to the court system, primarily in Manchester, Nashua, Concord, and Rochester.  The Committee will be holding a work session next Wednesday, April 13, 2022.

SB227, relative to death benefits for first responders who die from suicide.

On Tuesday, the House Finance Committee held a public hearing on SB227, includes suicide under the definition of “killed in the line of duty” when considering eligibility for death benefits of first responders.  The bill also includes corrections officers in the list of first responders.  The bill passed the Senate and is now in the House.  Sen. Birdsell, who is also chair of the Commission to Study the Incidence of Post-Traumatic Stress Disorder in First Responders, as a produce of the commission that “does not cost a lot of money when you consider the lives of first responders.”  Franklin Police Chief David Goldstein and Manchester Police Detective Justin Breton spoke in support about the clear nexus between trauma experienced by first responders and suicide, and the need “to take care of those who take care of others.”  Support also came from Rep. Pearson and John McAllister representing the Professional Fire Fighters of NH, who said we owe it to families that support and worry about their loved ones, and watch them grow distant and detached, “to provide some level of dignity.”  Lyn Cusack from the NH Department of Corrections also testified in support.  However, in addition to corrections officers, she asked the Committee to add probation-parole officers and correctional line personnel.  This issue was not separately addressed in HB1319, relative to granting certain corrections personnel death benefits if killed in the line of duty.

On Thursday, the House Judiciary Committee held a public hearing on SB302, which prohibits public agencies and public bodies from releasing any list, record, register, registry, roll, roster or other compilation of data of any kind that directly or indirectly identifies a person as a member, supporter, volunteer, or donor of any entity exempt from federal income tax under section 501(c) of the Internal Revenue Code except in specific circumstances, as well as penalties for the unlawful release of such information.  The bill passed the Senate 14-9 and is now in the House.  Sen. Birdsell introduced it to keep donors’ names private.  She indicated it has bipartisan support including from the ACLU and Americans for Prosperity-NH.  Elizabeth McGuigan from Philanthropy Roundtable said it “upholds a key pillar of philanthropic giving,” namely, anonymity.  She described the choice to remain anonymous as “crucial,” to avoid any fear of harassment/retaliation, or unwanted solicitations, or for cultural, religious, or other practical reasons.  Also in support was Greg Moore from AFP-NH, who testified that it maintains the privacy of donors while protecting those small organizations without sufficient resources from possibly having to go to court to defend its constitutional right to free association.  AFP recently won this type of case in California, in Americans for Prosperity Foundation v. Bonta.  Diane Quinlan from the Charitable Trusts Unit in the Attorney General’s Office spoke in opposition because this move away from transparency makes it more difficult to protect the public’s interest and ensure confidence in the organizations and donations committed to charitable purposes.  Elissa Margolin representing the NH Center for Nonprofits described it as a “solution in search of a problem that doesn’t exist in NH.”  Opposition also came from Open Democracy Action.  Nathan White from DHHS and John Conforti from the NH Lottery Commission both took no position but raised technical concerns about how this might affect current practices/laws, including subawards of federal grants and licensing charitable gaming activity, respectively.